5 Ways Audio Technology Has Changed Since the Early 2000s 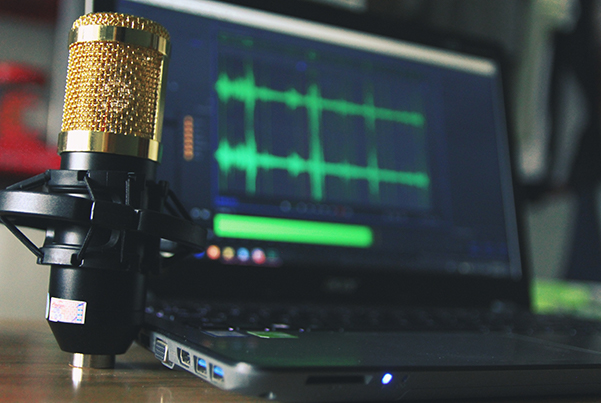 The field of audio technology has experienced remarkable growth since the 2000s, particularly with the significant rise in high-tech devices recently. Various new advancements like Spotify and other streaming platforms have completely transformed audio technology and the way people create and consume content. The following is a collection of the top five ways that audio technology has changed since the early 2000s:
1) The Competition Between CDs And Flash Drives
Even before CDs were created, people used to save files and music on floppy disks. While floppy disks were pretty thin and could hold a sizeable number of files, they were eventually overtaken by the newer digital optical CDs. CDs were the preferred storage option for albums as they could store more data as well as being more portable. There has not been a clear successor to the CD so far, even as flash drives feature greater mobility and ability to store significantly more data.
2) The Rise Of Auto-Tune
A significant way in which audio technology has changed with regards to production is the development of auto-tune. No artist is perfect, and leading musicians are no different. Thus, it is common to hear off-pitch notes when recording music. In this case, auto-tune allows pitch-faulty sounds or notes to be tweaked discreetly and instantly to create pitch-perfect recordings every time. Even though it is typically used subtly, certain musicians have exaggerated auto-tune to enhance their vocals, thus creating an original new sound.

3) Digital Streaming Platforms
One of the notable advancements in the audio sector since the 2000s is the introduction of digital streaming platforms. Websites like YouTube, MySpace, and Napster were part of the early group of companies that supported music streaming. They allowed artists to upload and share their music with a global audience for free. More recently, there have been other streaming sites like SoundCloud along with downloadable platforms like Spotify, TIDAL, and Apple Music.

4) Commercial Studios Losing Their Popularity And Prestige
In the early 2000s, there were plenty of commercial studios, with most of them located in multi-room premises, and they all had lots of business and activity. However, these commercial studios have been adversely affected by the advancements in audio technology. The reasons for this include low recording budgets combined with the ease and convenience of setting up home studios. Studios’ high fees have also not helped the situation, with the overhead costs rising significantly. Furthermore, today’s studios do not use too much hardware as you can quickly get similar functionalities with software plugins.
5) The Use Of Smartphones And Music Apps
Music production is not the only place where technology has completely transformed the audio sector. The way people consume that audio has also changed massively. Tablets and smartphones have become more easily accessible. Today, these devices hold diverse music libraries. They are also helpful when you want to buy concert tickets and other related merchandise with a couple of easy clicks through the accompanying music apps.