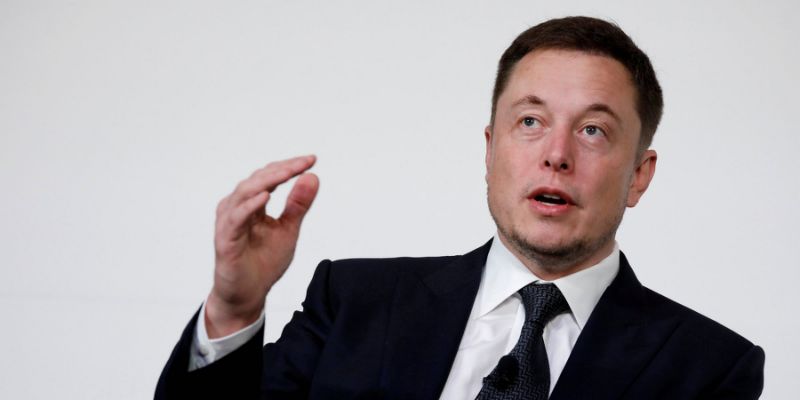 How does Elon Musk think?

That’s what I aimed to discover while researching the habits behind his unbelievable success. Musk is arguably the most impressive living human being on earth. For proof, here’s his track record:

Oh yeah, and he’s one of only two people to found three billion dollar companies. Not bad.

The crazy part is he doesn’t care that he’s worth billions. In fact, he’s annoyed with journalists asking about him. He wants them to ask about the bigger, worldly problems he’s trying to solve. He’s not focused on his existence, he’s focused on the existence of humanity — sustainable energy, clean transportation, and interplanetary space travel.

How does he think? What are his mental frameworks? What makes him tick? I scoured through dozens of interviews to unravel his six most compelling lessons … and turned them into actionable exercises.

These lessons (and accompanying exercises) have changed my life.

Complete the following exercises, based off the psychology of Elon Musk, and they might change your life, too.

Criticism is like exercise. In the beginning, it’s tough. But it slowly shapes us into healthier people and leads to many long-term benefits. While compliments create contentment, criticism creates improvement.

And when your mission for SpaceX is “interplanetary co-existence” and Tesla “transforming sustainable energy for humanity” (yes, those are Elon Musk’s words), you cannot be content. For example:

When my friends get a product, I ask them to please not tell me what they like. Rather, tell me what you don’t like. And if I’ve asked that a few times of people, then they will start automatically telling me without me having to always ask the question.”

“You should take the approach that you’re wrong. Your goal is to be less wrong.”

1. Write down five people who would give you brutally honest criticism. This could be your coworkers, direct manager, significant other, close friends, or even your parents.

2. Call, text, or email them asking about one area you should fix. Encourage brutal honesty. This is how my conversation went with one of my five people:

Me: “Hey Tim, so … this might sound a little weird. And may be slightly uncomfortable, but if you’re willing, I’d love your help with something.”

Me: “Yeah, everything’s okay. What’s something I do that bothers you? Or something you think I can improve? And I want your brutally honest feedback. Don’t hold back. If you think it’ll hurt my feelings, it won’t. And if you don’t have an answer right now, no problem. Just think on it and I’ll get back to you.”

Tim: “Hmm that’s an interesting question. Let me think about it…”

Having them dwell on the question has always resulted in better feedback as they think more deeply about it. I’d suggest this approach.

For example, people have said battery packs will always be expensive, because they’re expensive to make, and that’s just is how it is. Yet Musk realized when you break down batteries into their fundamental components (cobalt, nickel, aluminum, carbon, polymers, and a steel can) and build your own batteries, costs go down dramatically.

Most of us aren’t creating revolutionary shifts in energy consumption. So how does this lesson apply to the rest of us? Simply put, it means questioning when someone (or yourself) says, “That’s just how it is and how it’s always been.”

Upset the status quo. Ask tough questions. Explore the fundamental truths behind the challenges in your life. Explore how things really work by making “why” your favorite question to ask.

“Boil things down to the most fundamental truths. Then reason up from there.”

1. Write down your biggest challenge right now, whether that’s personal or professional.

2. Break down that problem to its most basic components.

For example, if you’re struggling to acquire customers, ask yourself possible reasons why. Discover the potential places they could come from, such as referrals, inbound marketing, paid advertisements, and/or word-of-mouth, then explore the inputs for each channel. Continue exploring inputs until arriving at the most fundamental components.

3. After understanding the fundamental inputs, how can each of those smaller components be improved upon, changed, or executed completely differently? Use this to work backwards, starting with the fundamentals.

Focus on signal over noise

Elon Musk isn’t the only billionaire preaching the power of focus. Warren Buffet had his notorious “not-to-do list.” Steve Jobs consistently preached a focused mindset by saying, “Deciding what not to do is as important as deciding what to do.” And according to Noah Kagan, Facebook employee #30, Mark Zuckerberg once said, “I will not entertain ANY idea unless it helps Facebook grow the total number of users.”

Musk follows the same principles. Except he will not entertain any idea beyond product development. For example, many companies put more money into marketing than they do engineering. Musk would rather minimally promote an incredible product than promote the living hell out of a mediocre one:

“At Tesla, we’ve never spent any money on advertising. We’ve put all our money into R&D, engineering, design, and manufacturing to build the best car possible. When we consider spending money, we ask, ‘Will this create a better product?’ If not, we don’t proceed with spending the money.”

“Will this activity result in a better product? If not, stop those efforts.”

2. Reduce that list to five goals. It’s incredibly challenging to narrow these down, but once you do, you’ll experience rapid progress.

The Extra Mile: Elon Musk’s co-founding partner at PayPal, Peter Thiel, suggested having not five goals … but one. He calls this “the one thing” principle.

Lesson 4:
Make failure an option (by defining a contingency plan)

When you’re starting a company with a mission for interplanetary exploration, failure is a viable option. Instead of throwing in the towel, Elon Musk anticipated failure and created a contingency plan for SpaceX:

“If we don’t get the first SpaceX rocket launch to succeed by the time we’ve spent $100 million, we will stop the company. That will be enough for three attempted launches.”

Was Elon Musk afraid of failure? Absolutely. But did he create a plan to address possible failure? Yes. And that’s precisely what made him put rockets into space.

“Failure is an option here. If things are not failing, you are not innovating enough.”

1. What’s a project you’ve been meaning to take on but haven’t gotten to yet? You just “don’t have time,” or you’ve convinced yourself you’re not good enough. Write down that “I really need to do that someday” project.

For example, one of the small projects I’ve wanted to do is create an ecommerce store using Shopify and sell t-shirts. It’s not huge, and there’s little to be lost, but it’s the fear of failure that has been stopping me. What if it doesn’t work out and it’s a waste of time?

2. Write down the absolute worst-case scenario.

For me, the worse-case scenario is that no one buys a t-shirt (not even my mom) and I end up wasting money and time on designing and printing t-shirts.

3. Now break that into 10 smaller sections on what would cause the worst-case scenario. Discard the problems you have no control over.

4. Create a contingency plan for each problem you can control.

In the case of my hypothetical t-shirt company, to lower costs, I could use a service like Teespring to keep my overhead to a minimum. If t-shirts don’t sell, there are other types of apparel to test like jogger pants (which are really popular now) and tank tops (hello summer). I think I’ll go start a line of t-shirts now.

After defining worst-case scenarios and addressing solutions to potential problems (i.e. a contingency plan), we can still feel afraid. The best way to remove fear is by literally putting yourself in that horrible situation and asking how you feel.

For example, when Elon Musk decided he wanted to be an entrepreneur at 17 years old, he forced himself to live off $1 per day (the typical struggle of an entrepreneur). At that time, he lived mainly off hot dogs and oranges.

Elon didn’t do it because he was poor. He did it to see if he had what it takes to lead the life as an entrepreneur. And since he was successful with this experiment, he knew that money wouldn’t be an issue.

Experimenting with a reduced income showed Musk he could do it. This pushed him into entrepreneurship.

“I figured if I could live off a dollar a day then, at least from a food stand point, it’s pretty easy to earn $30 a month.”

1. Ask yourself how you can simulate the worst-case scenario from lesson #4. Imagine you’re living that worst-case scenario right now. Write down what that would feel like … and write it in excrutiating detail. How does it feel? Describe those feelings.

2. If you believe you could get through your worst-case scenario (after imagining how it feels), go out and simulate this scenario in real life.

When I got hired by HubSpot and prepared to move my life from Southern California to Boston, my biggest concern was being in a new city where I literally knew no one. That feeling of lonliness made me nervous as I booked my one-way plane ticket and packed my life up into one suitcase.

“How would I meet new people in Boston?” By talking to random people. “What if they don’t want to talk to me?” Then, move on to the next person. Sounds easy in theory. But I was still scared.

I decided to challenge myself during the weeks leading up to my flight. Even though I was still in my hometown, I actively made the effort to speak to strangers. Whether it was at a coffee shop or if I was eating alone, I would strike up small talk and, while some conversations went nowhere, others became enjoyable conversations.

When I got to Boston, sure, I was still nervous — but I knew what to do.

Lesson 6:
Solve Problems Beyond Yourself

Many of us (I’m guilty of this myself) focus on finding a fun, secure, and challenging job that makes us happy. We ask about the salary. About the benefits. And the culture. But are we asking if our work is making an impact on the world? Are we using today to solve tomorrow’s problems? Are we forward thinking?

Musk never mentions profit in interviews. He discusses SpaceX’s goal to make humanity into a multi-planetary species, or Tesla’s goal to accelerate the world’s movement toward having most electric cars.

He solves problems not to improve his world, but the world.

“If something is important enough, even if the odds are against you, you should still do it.”

1. Write down the projects you are working on right now.

2. Ask yourself, “Am I solving a problem beyond myself?” If not, write down the steps needed to reach that level.

Will I ever start the next Tesla, SpaceX, or other company that’s literally changing the course of humanity? Honestly, probably not. What I will do is continually apply Elon Musk’s mental frameworks to improve my life.

When I receive a compliment, I’ll ask what I can improve. Faced with a tough problem, I’ll break it down into the fundamentals. When distracted, I’ll remember the billionaires all have one similar trait — focus. I won’t be afraid of failure because I’ll make it an option (and live it). And finally, as my life progresses, I’ll challenge my existence by continue to evaluate worldly problems and what I can do to help.

Encourage criticism. Dissect the fundamentals. Focus on high-impact activities. Push myself to failure. Challenge my limits. But most importantly, solve problems beyond myself.

Will you do the same?