DETECT PHONE SCAMS: HOW TO GUIDE 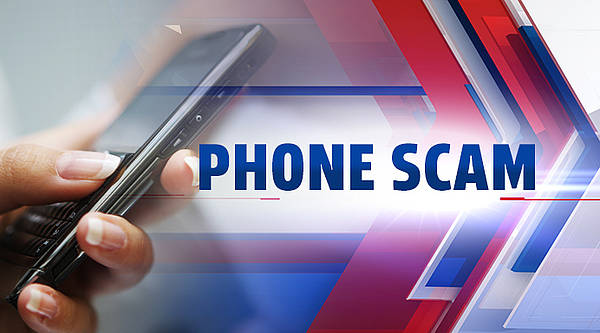 These days, it’s difficult to tell what’s true and what’s false on the Internet, and the same can be said for phone calls that you’ll receive out of the blue. People have been scamming other for ages, and the phone is just another tool they use to do so. Fortunately, it’s a lot easier to spot scams when you know what to look out for, and that’s why we’ve identified these common phone scams. Keep your eyes peeled, ears open, head on a swivel, and stay smart out there!

This scam has been very successful for criminals simply because of how innocuous it seems. The idea is to ask the victim a simple question so that they respond with, “Yes.” The scammer then records the response and uses it to authorize changes on credit cards, bills, and more. This is because many companies today use voice-automated systems for customer service, which scammers then “hack” with the voice recording. Scammers can also ask to press a button on the phone, which is how they find out if the number is active. The smart thing to do when receiving an unknown phone call is to not respond and not press any buttons on the dial pad. Here are some other questions that these scammers tend to lead with:

Everyone likes free stuff, but sometimes things sound just too good to be true. This particular scam usually starts off by notifying you that you’ve won a vacation to some exotic locale or popular travel destination, like Walt Disney World. Or, the caller will offer a reward card or some sort of prize, sometimes notifying you that you’ve won a lottery. The key here is that the scammer will ask you to pay a small fee in order to claim the prize, for which you’ll have to share your credit card number. Don’t do it! Victims can and have been had for thousands of dollars.

While most phishing scams are related to websites or email, there are also phishing calls that attempt to gain valuable information from you. Generally, the scammer will claim that there is an issue with your computer, putting it at risk of getting hacked. Then, they’ll ask for your payment information to fix the hypothetical problem or attempt to have you download “antivirus” software that will actually hack your computer. It’s important to note that a huge computer company, like Microsoft, would almost never call you out of the blue. Always be vigilant about sharing payment information over the phone, and when in doubt, collect the caller’s information and say that you will call them back after researching it.

If you think that posing as a charity in order to rip people off is just too despicable for anyone to do, well, guess again. There are plenty of scammers out there that will say and do anything to rip people off, including posing as a charity. A common scam claims to collect funds for local police and fire departments, while another pretended to fund cancer philanthropies. Remember you can always call back a charity after doing some research.

This is a very popular scam, and its success is probably due to the fact that most people are pretty nervous about dealing with the IRS. Oftentimes, robo-callers call tens of thousands of potential victims, and sometimes the callers will even have the last four digits of your social security number already on hand. While the IRS may potentially call you one day, they would not request direct payment over the phone. If’ you’re not sure about an IRS call, try dialing the Treasury Inspector General for Tax Administration (TIGTA) at 1-800-366-4484.

Some loans are borderline scams in the first place, so it’s almost no surprise that they’d also be used as a cover for phone scams. Whether it’s a proposed student loan, car loan (especially popular right now), payday loan, or business loan, the goal of the scammer is to harvest your information over the phone. Don’t fall for it!

Debt collector scams are fairly popular because, unfortunately, there are just so many people with debt out there. The best thing to do in this situation is to ask for the caller’s information, including company name, and to call them back. Also, take note that if you send a written letter to a debt collector asking them to stop calling you, they are legally required to do so.

As we’ve mentioned, it’s not a smart idea to give out credit card information over the telephone. But, what about just snippets of information? Though it may seem harmless, even giving out the three-digit security code on the back of your credit card (also known as the CVV number) can lead to being scammed. The scammer can disguise themselves as a bank employee, even giving out a fake employee badge number. But make sure to never give out that CVV number, no matter what they say.

Whether it’s the DEA, FBI, sheriff, or local police department, warrant scams are designed to make victims panic and then give up their personal information over the phone. The scammer will often state that you’ve missed jury duty or perhaps defrauded a bank, and attempt to get payment information. However, law enforcement demanding money is just something that does not happen legally over the phone. Remember that.

If you’ve ever dealt with health care, you probably know how difficult it is to dispute a hospital bill. Perhaps that’s why people fall for phone scams that are medical-related. Sometimes the scammer will demand payment on an “unpaid” bill, while other times the scam will offer discounted or free medical services. Unfortunately, these types of scams tend to target the elderly, who have to deal with health care much more than younger people.

See also  How to Get More Followers on Instagram: A Guide to Earning Your First 1,000 Followers

As with most things in life, if it sounds too good to be true, it probably is. Getting a call out of the blue that you’ve just won the lottery is a pretty big stretch. Add in that it’s a Jamaican, Australian, or some other lottery, and things begin to sound a lot less plausible. And when someone asks for you credit card information over the phone, that’s as good a sign as any that the whole thing is a sham. After all, how many lotteries have you heard of that give out winnings to people who haven’t bought a ticket?

Tech support scams are at all times high these days due to the media hype around hackers and cyber security. The hype is justified as the households and businesses become “smart” and connected, while the hackers exploit the vulnerabilities in those smart gadgets. The hype urges some to improve their tech literacy, but it also builds up a sense of anxiety and fear in others who aren’t so tech-savvy.
So the scammer’s goal is to take advantage of that hype, your fears, and gaps in your tech literacy to trick you into:

Here’s the breakdown of symptoms that point to a tech support phone scam:

How to Protect Yourself

While phone scams are designed to get victims flustered and panicked on the phone so that they make a rash decision, most of them are actually quite similar.

With the rise of the Internet, many scammers are moving to the web. But that doesn’t mean that they’ve forgotten about the phone. Any tool that gives them a shroud of anonymity can be used to take advantage of people, especially the elderly. Fortunately, most phone scams can be avoided by simply not making any rash decisions. So, remember: take a deep breath, and don’t let anyone push you into doing something that sounds suspicious.